We’ve only spent a few days in Bulgaria and they have been quite eventful. As they use the Kyrillic script, we could practice our limited knowledge of the same. It’s still a challenge to decipher street signs when you drive past at 100 km/h, but we’re getting there. Bulgarian is also very similar to Russian, so our first real interaction in the language was quite successful, despite the fact that we only had two months to familiarise ourselves with Russian.

Further interesting things we’ve encountered were old cars, bad roads (again), endless monoculture plantations and not so crazy driving as in Romania. Along the Black Sea there is indeed one (deserted) holiday resort after the other, and as if there weren’t enough, there are lots of building sites, some of them already in ruins as work apparently stopped half way.

At the very southern tip we were promised unspoilt beaches and fantastic wild camping right on the beach. Well, the beaches are indeed wild and unspoilt, but the wet has transformed the access routes into mudtracks and our bold attempt to get to the promised wilderness ended up in getting stuck in the mud. So for our last two nights in Bulgaria we camped half way between the road and the beach along a river, which was just as exciting. 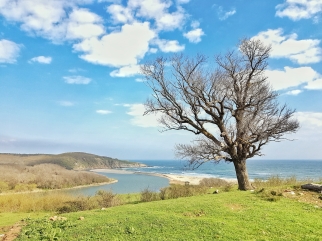 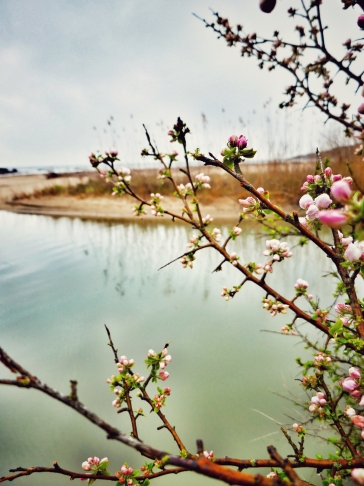 spring colours at the beach 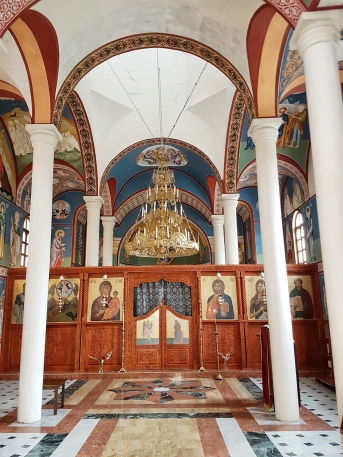 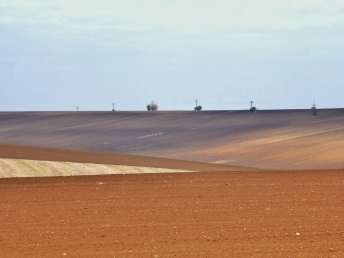 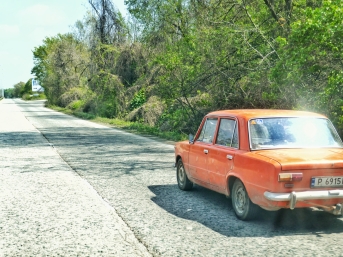 old style on the road 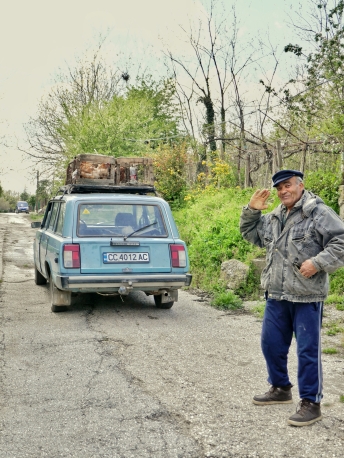 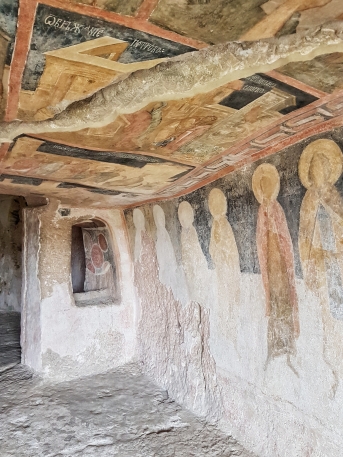 painting in a monastery in Ivorno 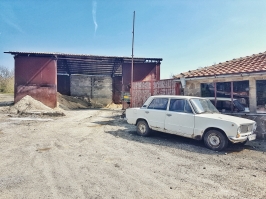 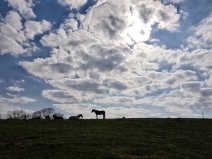 inspiration for all architects

walk in the Sebrarna Nature reserve

Via Serbia and Austria to Switzerland [13.-24.January]

Initially we wanted to visit more places in Greece but […]
Via Serbia and Austria to Switzerland [13.-24.January]

Our last stop was Greece. There we found lovely deserted beaches, sunshine and dolphins. After four days the weather turned sour, so we said goodbye to the sea and embarked […]
Greece [8.-12.January]

After Anatolia we headed to the southern coast looking for […]
Turkish coast [23.Dezember-8.January]

Because of the cold we decided to postpone all the appealing sights in the west and north of Iran and take the straight road to the boarder with Turkey, but […]
Northbound [10.-16. Dezember]

On we went to Isfahan, the next stop on our culture trip north. We visited mosques, an Armenian church, bazaars and carpet dealers (and almost fell for their clever sales […]
Isfahan [6.-9. Dezember]